Stockholm scavenger hunt was created to offer you the best way to explore this beautiful city. Stockholm is simultaneously urban and close to nature; water is an ever-present feature in this city where lake and sea meet.

Starting from this beautiful place which is also the building of the Municipal Council of this city, you can end up at the nearby short. Make sure to get the internal view of the city hall as this gigantic place has a stunning interior.

Not only this, but the exterior looks amazing and even more amazing in the night lights. There is a lot to explore about this building which includes its tower that is 106 meters tall. The golden hall is also worth viewing with its 18 million tiles of gold mosaic.

While you are passing by the alley known as the Schering Rosenhanes, there will be a stone in the wall with a metallic door on it. Well, this is the spot that you will never want to miss., it is because of its historic importance.

This is the official ordnance datum of Sweden, and in the older times, it was used as the reference point for making maps. While passing by the alley, you can always stop at some local vendors for exploring the traditional items and food. 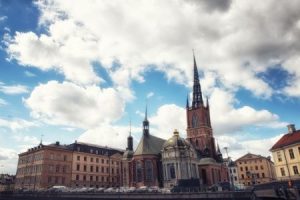 This is a site in Sweden that not only looks stunning from inside and outside as well. But it holds specific value for the history of the place. As this church is located near the Royal Palace on the island of Riddarholmen, this church is the final resting place for most monarchs of Sweden. 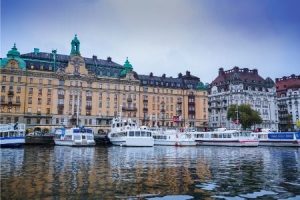 While the usual museums in the world show historic artifacts, the main idea of this museum is a bit different. Here the main aim is to spread knowledge about the sciences and culture of the place, most of the time there are exhibitions about the things that changed from the 20th century to the 21st century.

Not only are the artifacts used here, but short films and computers are also a mode of spreading knowledge. Interestingly enough, the architecture of this place is also stunning. 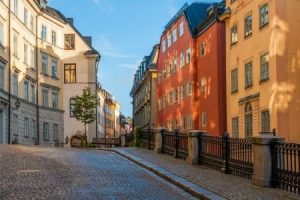 In the old town of Stockholm, there is a monument right next to the Royal Palace. This is known as the Obelisk. The interesting thing is that this place will take you back to the 19th century. By visiting this place, you cannot only visit the place and learn about the historical architecture and the deeds of this place during the war, but you can also stop by the old town market for some cultural feasts.

If you get a chance to visit Stockholm., this is the place that you will never want to miss. It is because this is one of the biggest and the most beautiful palaces in the whole of Europe. Not only is this palace the residence of the King, but the interesting thing is that this is open for the public to visit and explore throughout the year.

The grand building portrays amazing historic architecture. As it is located right next to some sailing yachts, you can also make them a part of your trip while you get to visit the Royal Palace. 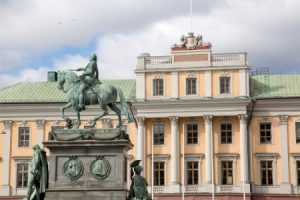 Not only is this site worth visiting because of its amazing historic architecture and the statue at the front that can be an amazing picture background. It is an amazing destination for your trip because it is located right in the center of the city.

This means that you can explore any part of the city while you are here, and the most important thing is the traditional food. There are several restaurants that serve cultural and traditional foods here. 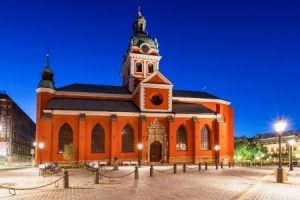 The first thing that you will note about this place is that it is called by different names. Some call it Jacob’s church, while others call it the jam’s church. Well, this is nothing to get confused about because this is a purely lingual problem and nothing else. Visiting this church will be an amazing experience in itself because it takes you back to the 17th century. 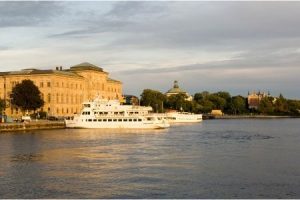 The Sweden National Museum is located in the city of Stockholm, and it does not only hold historical artifacts, but the building itself is historical. While the building takes you to the end of the 18th century, the artifacts, paintings, and other things that you see here will be belonging to the 17th century. 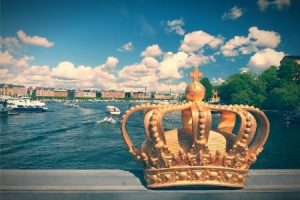 A 165 meters long bridge that connects Stockholm to Blasieholmen provides amazing views over the water at both ends. An amazing thing about it is that there is a Gilded Crown on the bridge. This is one of the most popular tourist attractions and an amazing location to end your scavenger hunt trip as well.