Bern scavenger hunt and city tour was created to offer you the best way to explore one of the cities that have managed to retain their historic features successfully. The old town of Bern is a UNESCO World Heritage Site.

The medieval air of this city with its many fountains, sandstone facades, narrow streets and historic towers is unique. The elevated Rose Garden above the Bear Park and the platform of the 101-metre-high cathedral tower offer the best views of the Bern old town round which the River Aare flows.

The former entrenchments and bastions drop down steeply to the river.

The places that you will visit in Bern.

When we talk about Bern, we already know that this is the place that will provide the sight of a lot of historic places. However, an amazing thing about this place is that it is called the city of fountains. With most of the places dating back to more than 500 years!

Church of the Holy Ghost is a heritage site of national significance, and it is located in the old city of Bern. Being one of the biggest churches in the city and being very old as well, this church is a sight worth viewing. The best part is that the 200 stair climb will let you view the spectacular views of the city. 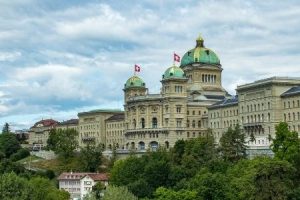 The heart of swiss politics is a building that is majestic in its unique way, and the attractive part is the huge crown-shaped dome on the top of the building. With a clear sky at night and the building illuminated from the front, this can be an amazing sight. Not only this, but the 26 Fountains working in rhythm will also be worth watching. 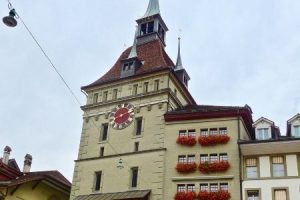 A part of the UNESCO cultural world heritage site, this is a medieval tower in the old city of Bern. It is a historical place as it was initially built to be the gate of Bern when it was expanded for the second time in the 13th century. Visiting the theater here to see the art performance will also be an attractive thing. 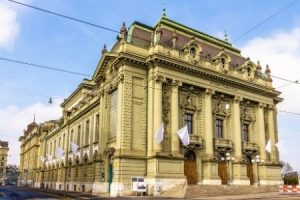 An opera house that is located in Bern is the place to watch magnificent shows and performances. However, visiting the nearby restaurants will be an amazing thing as well. Apart from the food, the view of the building at night is also stunning in itself. 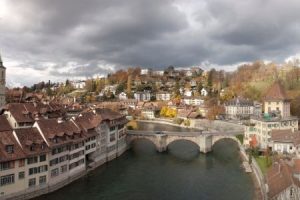 The old town of Bern is a place that will be an amazing thing to explore as you walk in the streets. From the historical architecture to the traditional food items that you cannot find anywhere else, this is a great stop for your trip. 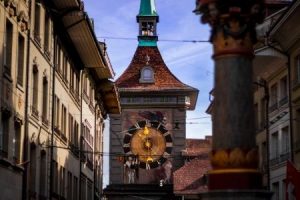 Another one of the guard’s towers for the city, but this was built in the 13th century and served as the prison and clock tower as well. Now that things have changed, this place has become a landmark with a traditional market for foods and other things like dresses.

The city of fountains has a special fountain in the old city that is also a part of the history of the city. It is because it was built in the 16th century. Another attractive thing is the center statue that represents the art of this place. This location is also famous for the Einstein café and the Einstein’s house as well where he lived for some years. 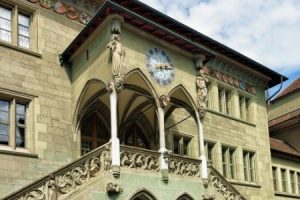 The town hall is the place that houses the Grand Council and the Executive council. This is also a part of the UNESCO world heritage sites of Bern. While you visit this place, you can also stop by the nearby shops and restaurants for some food products like the Rathaus Café & Restaurant. 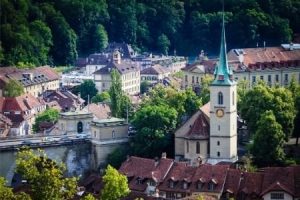 This is the eastern edge part of the city that has a church. Other than that, there is a castle that belongs to the 12th century. The architectural view of this castle with its four towers and buildings is amazing to watch.

10.The Cathedral of Bern 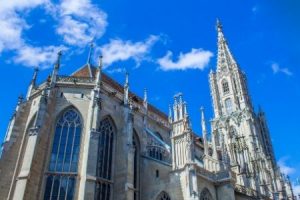 One of the most interesting buildings in Bern that were made on the gothic theme is not only beautiful from the outside, but it is stunning from the inside as well. The main attraction here is the viewing deck that can be reached after the 312 steps to get an amazing view of the city. 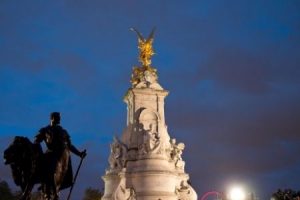 This is yet another amazing fountain that is present in front of the Historical Museum in Bern. While you visit this fountain built in the 20th century, you can also visit the museum.