Prague scavenger hunt was created to offer you the best way to explore one of the most beautiful cities in the world !Prague is the capital and the largest city of the Czech Republic.

This magical city of bridges, cathedrals, gold-tipped towers and church spires is also the fourteenth largest city in the European Union. Since the Middle Ages Prague has cherished the reputation of one of the most beautiful cities in the world as well as the political, cultural, and economic center of central Europe.

Prague scavenger hunt is the ideal way to explore the city. 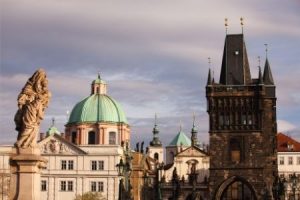 It is one of the oldest Landmarks. It was first founded in the 15th-century. Historically it is very important for the people of Prague. Moreover, it has a lot of history associated with it from the 15th century. It is a Gothic belltower that features a restaurant or bar & an observation deck. Many locals and tourists visit it regularly because of its historical importance and also to explore the famous restaurant. 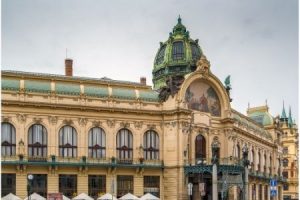 This is a magnificent building which is present in Prague. The building houses Smetana Hall. The hall is used for hosting events and concerts on a large scale.  Moreover, the location of the building is next to the Powder Gate. It is situated in the center of Prague City. Most of the people visit Municipal house because it is a main concert venue within the city. 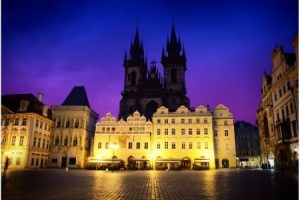 This is one of the main churches of Prague City. It is also called Mother of God before Týn. This is the Catholic Church which is also the symbol of the old town Prague.  In addition, it is the main Church of the city since the 14th century.  Moreover, it is an old Church which is why it is very important. It has a lot of history associated with it, making it one of the oldest and magnificent Churches. 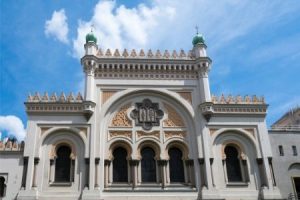 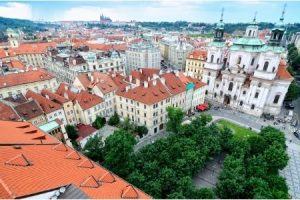 It is the Catholic Church within the old town of Prague. It was started building in 1704-1755. Moreover, this Church is dedicated to Sir Nicholas. It is one of the best examples of the architecture that is practiced in Prague City. The Church is beautifully built, making it important from the tourism point of view. 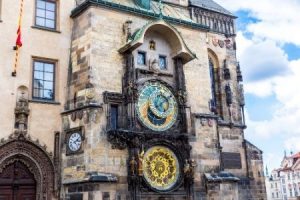 It is an important clock present in Prague City because it shows the astronomical importance. The direction of the sun and moon, along with the astronomical changes, are detected by the clock.

Charles IV Was a Holy Roman Emperor. Moreover, the monument is built in remembrance of the emperor. It is a great statue located at the Křižovnické Square. 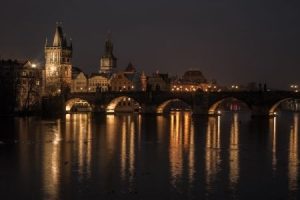 This is the oldest bridge within the city of Prague. It is a medieval stone arch bridge. It crosses the Vltava River. The construction of the bridge was started in the oldest times of 1357. 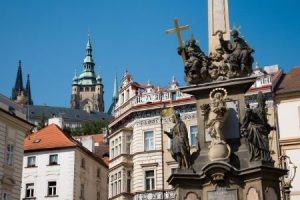 It is in the heart of the city of Prague, representing the history of Jewish people. Moreover, it is also built to cherish the faith and Church. Moreover, It is important for the people because it represents the faith and religious association of the people to the churches. 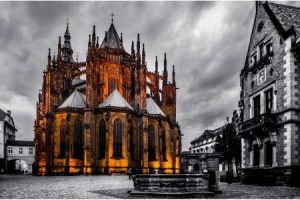 This is the Roman Catholic metropolitan cathedral. It is also the seat of the bishop of Prague.  Moreover, the cathedral is very important within the city of Prague because it is important not only religiously, but also many events are held at the cathedral that represents religious Association. Still, the 1997 Cathedral Was associated with the Name of Saint Vitus. Even now, it is known by the same name among the locals of the city. 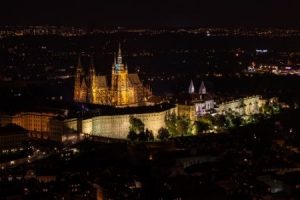 It is one of the complex Castle which is present in the city. It was built in the ninth century, which makes it quite old. In addition, this is the main reason it is used by the presidents for a longer time. It was also the seat of power for various kings who read in the same place within ancient times. 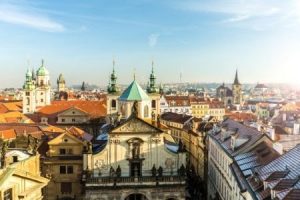 It is a cobblestoned hub which is also called Staré Mesto. It contains a lot of monuments such as the astronomical clock and other catholic churches. Moreover, this is also famous for the nightlife among youngsters and students. There are various activities which can be done in the old town. 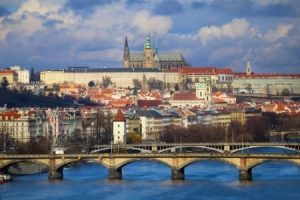 This place is also called the lesser town. It is a Hillside area which provides spectacular views of the whole city. Moreover, there are many hotels, restaurants and bars located at the place. However, It is the best places for tourists to stay while their visit to Prague City.