Zurich scavenger hunt was created to offer you the best way to discover this beautiful city. Zurich is Switzerland’s centre of economic life and education. Located in the heart of Europe, the city offers all the modern amenities of a cosmopolitan metropolis, without sacrificing its natural side.

Zurich has for years ranked among the world’s top cities in terms of quality of life. It is a boutique city that offers everything that implies, albeit in small and exquisite format.

The game begins at Landesmuseum. 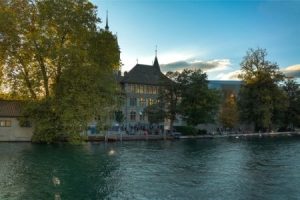 Built in 1898 by Gustav Gull , it is one of the most impressive buildings in Zurich, standing on an island! The island was created by the two rives, Limmat and Sihl. The museum contains a rich section of Gothic art , wooden sculptures, paintings and curved altars. One of the most important Zurich attractions. 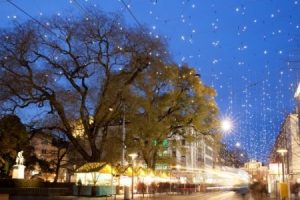 The main downtown street and one of the world’s most expensive shopping streets. It starts at Bahnfoplatz, the central station’s square and ends after about 1.5 km at Burkliplatz. Bahnhofstrasse includes shops by the most famous brands worldwide. 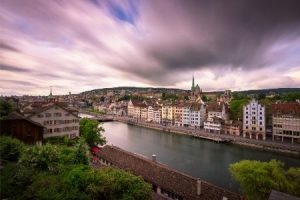 The greatest views of the city ! The best place to take photos and take a break to the beautiful little park. The place is listed as a Swiss national heritage site, due to its Roman roots. The hill sits atop the remains of a glacier! 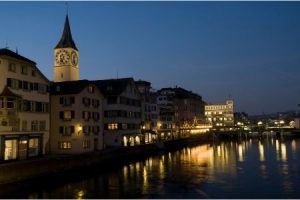 Located just next to Lindenhof hill, on the site of a former Roman castle, it was built on the site of a temple of Jupiter. The church clock of St. Peter has the largest tower clock face in Europe. It is one of the most important Zurich attractions you must visit. 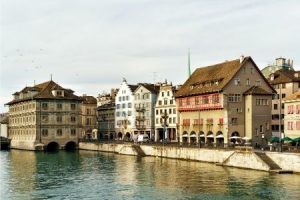 The Rathaus was built from 1694-1698. It is an integral part of the medieval town on the right side of the Limmat river. Separated by the Hirschengraben from the uphill to the east, and delimited by the Belevue and Central squares to the south and north. 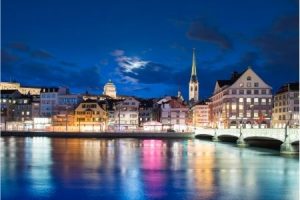 Another beautiful square and a great place to take photos of the river view. Got it’s name after Arnold Bürkli. In this square, Flea market takes place. Merchants sell rarities and antiques here. This is also a popular place to acquire second-hand jewelry, as well as other valuable items. 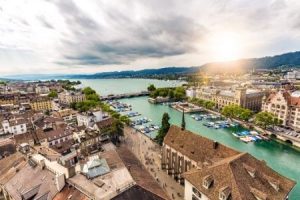 Lake Zürich is formed by the Linth river, which rises in the glaciers of the Alps. The lake offers great views for taking photos. The boats create an amazing canva! As far as the beauty, this is the one from Zurich attractions that ”steals” the lights! 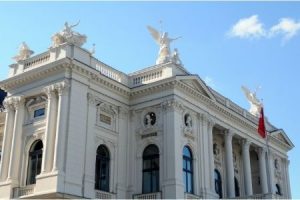 It is the first opera house in Europe to have electrical lighting. The opera seats about 1200 people and is built in neo-rococo style. Weber, Wagner and Mozart have been hosted here. 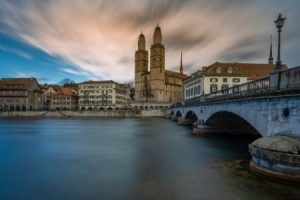 It is a Protestant church and the most important in Zurich. Took 120 years to build, from 1100 to 1220 and it is said that it was commissioned by Charlemagne. The twin towers are the most recognised landmark of Zurich. You can find an interesting museum of Reformation in the church. Maybe the most important of Zurich attractions.