Dubrovnik scavenger hunt was created to offer you the best way to explore this amazing city ! Regardless of whether you are visiting Dubrovnik for the first time or the hundredth, the sense of awe never fails to descend when you set eyes on the beauty of the old town.

Indeed it’s hard to imagine anyone becoming jaded by the city’s limestone streets, baroque buildings and the endless
shimmer of the Adriatic, or failing to be inspired by a walk along the ancient city walls that protected the capital of a sophisticated republic for centuries.

Dubrovnik scavenger hunt is the ideal way to explore the old town of Dubrovnik! 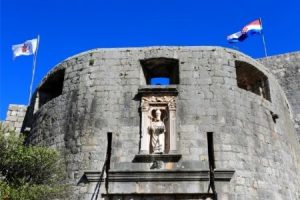 The best way to start visiting some places is from the very beginning of Dubrovnik. Not only is the Pile Gate the first place that you want to visit in Dubrovnik. It is also a historical place taking you back to the 16th century days.

An amazing and attractive thing about this place is that the drawbridge was lifted and closed every evening and the key was handed to the rector. Well, this place is not all about the exterior as you can pass the gate and experience some amazing views. 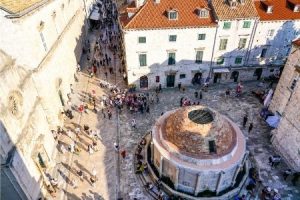 Although this place has only become a unique tourist attraction. Things used to be very different in the older times when it used to be a system of bringing water from about 12 Km away from spring. The architectural style takes you back to the 15th century.

However, a very interesting thing about its design is the masks that are dribbling drinkable water into the drainage pool. Whether you stop here or not you will never want to miss visiting the nearby stalls and vendors. 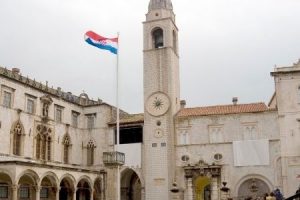 Not only is this place historical but it is also elegant in its looks. Taking you back to the 15th century days this is one of the oldest and highest landmarks in the old town. You will be able to listen to the tune of the bells of the tower if you visit the place at noon. At the same time, the sunlight will make the tower look even more elegant. 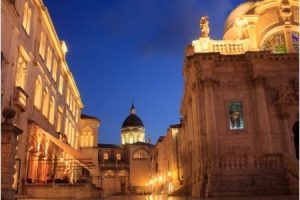 This church shows the architectural style of the early 18th century not only from the exterior but from the interior as well. While you are here one of the most amazing picture backgrounds will be the central monument with what looks like a statue of a guard holding a gun. However, the meteor shows the baroque-style decorations. 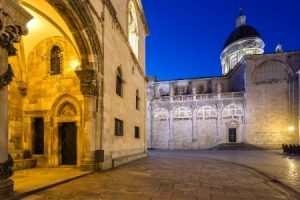 The Rector’s Palace is the place in the city of Dubrovnik that was the place where there was the seat of Rector from the 14th century to the 19th century. After that time, it has been the place for a lot of political and historical places. As the building dates back to the 14th century days, its interior and exterior are stunning to see. 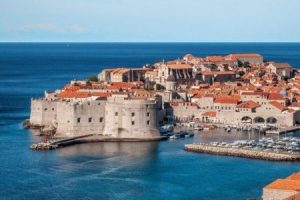 With the original intentions to stop the high intensity of waves, this place has now turned into a popular tourist spot. If you visit this place in the summertime you will see a lot of people coming here for relaxing, sunbathing, and even swimming. The best part is that the local stalls here can be the perfect choice to get something to eat. 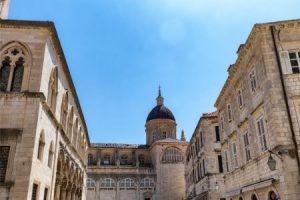 This is the Roman Catholic cathedral in Dubrovnik that is present on a site that has been used as cathedrals since the 7th century. However, the buildings got destroyed a lot of times and they were renewed a lot of times as well. So, it got most of the repairing work in the late 20th century. Well, the attraction here is not only the rich historical architecture.

This place also has a huge collection of the history of this place that you can see. Some of the items even date back to the 11th century. 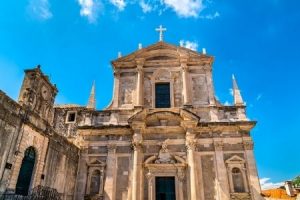 This is another church that you can visit in Dubrovnik. The church looks remarkably beautiful from the outside in that it was the location for the performance of Shakespeare’s play Romeo and Juliet. Well, this building adds to the list of those stunning historical buildings that are must be seen if you are in Dubrovnik.

One of the greatest playwrighters and comedians of the history of Croatia was Marin Drmic and this is the house where he used to live and got a lot of success in his life. The building dates back to the 16th century. So, its historical importance makes it one of the most popular tourist attractions. Now, this is the museum where you can see things that you have never seen before. 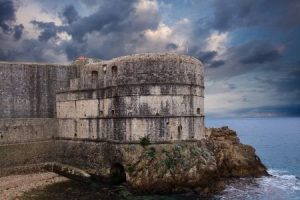 This is a fort that is located right on the top of a cliff. This was for the protection of the town in the 15th century days. However, now it is known as one of the oldest forts in Europe which are casemented. Here you can come for some stunning views of the sea, traditional food and sometimes for seeing the summer festival performances.