Edinburgh scavenger hunt was created to offer you the best way to explore the capital of Scotland . Edinburgh is located in central eastern Scotland, near the Firth of Forth, close to the North Sea. Thanks to its spectacular rocks, rustic buildings and a huge collection of medieval and classic architecture, including numerous stone decorations, Edinburgh is often considered one of the most lively cities in Europe. 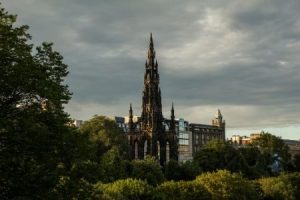 It is present at the princess Street Gardens. It is also considered as one of the second largest monuments to one of the famous writers. It is associated with literature and history, which makes it famous for the Scottish locals as well as the arrest.

The monument is also called the Victorian Gothic monument, which is associated with a Scottish author Sir Walter Scott. It is of great importance because of its history. You will also become aware of the Scottish culture visiting the Scott monument. It is at the height of 60 meters which is often visited by tourists now and then. It is one of the most iconic landmarks present in the history of Scotland. 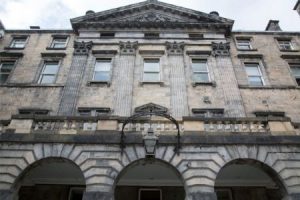 This building is of great importance because it’s one of the National buildings famous for various purposes. The Basic purpose that it serves is that it is called the Academy of Art on a national level where most of the students come to learn all about art and literature.

It was first founded in the year 1826, which makes it very old and one of the best in the entire country. This is the main reason it is given priority on a National basis. It is an independent body of artists where they can learn and create art according to their style and convenience. 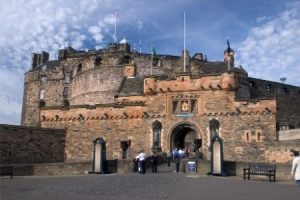 This is a long, wide-open area which is the best place to have a long walk. The area is situated along the water. It is special for its scenic view and historical background because this area was once used for protecting the city wall of Scotland. It is outside the city of Scotland, so it also plays a role of an entrance. It is a large open leveled area where you can have a view of the entire surrounding. 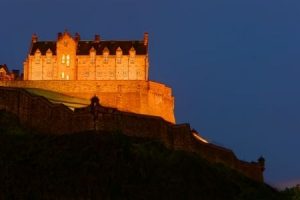 This castle has a historical background which makes it historically important not only to the locals but also to others that are visiting Scotland every year. It is a very dominating building present in Scotland which also has importance on an archaeological basis. The Rock present in this area is considered as one from the Stone Age, giving this castle a huge hype. 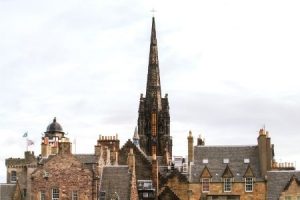 This building is situated in the center of Edinburgh, which is important for holding public art and cultural festivals. It is quite a tall building which is why it can be seen from the surrounding places very clearly. It is famous because the local festivals held there are convenient for all the local people. It is also one of the entertainment Sites for tourists because of its various festivals. 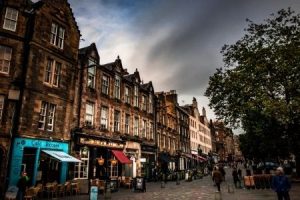 It is also a historic marketplace situated in the city of Edinburgh, Scotland. It is also used for event space within the city. Most of the events are organized at the grass market on a larger scale. 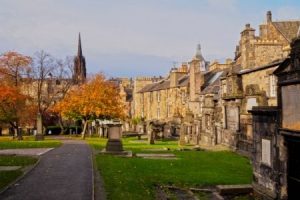 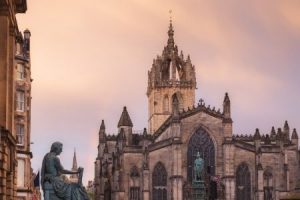 This is the famous Cathedral which is also situated in the city of Edinburgh, Scotland. It is used for religious purposes and is also visited by most of the people and visitors. It is also called the High Kirk of Edinburgh. 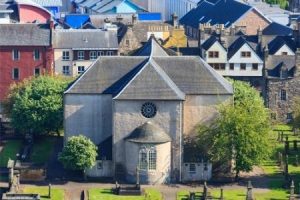 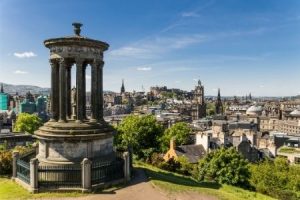 Robert Burns was one of the famous poets and lyricists of Scotland. People consider him iconic because of his best work and the huge efforts he has put in the field of Scottish literature. Burns monument is a circular building which is made up of Stone standing tall in the memory of Robert Burns. It is famous for people who have a love for Scottish literature and poetry. 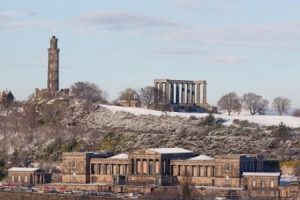 This is a peaceful area in the city of Edinburgh, Scotland. It has some National monuments and galleries where the famous work of Scottish artists is displayed.