Istanbul scavenger hunt was created to offer you the best way to explore this amazing city !Istanbul is a fascinating city built on two Continents, divided by the Bosphorus Strait. This is one of the greatest cities in the world where you can see a modern western city combined with a traditional eastern city, it’s a melting pot of many civilizations and different people.

Pay a visit to the most multicultural city in the world! The place where Europe meet Asia and the West meet the East! Istanbul scavenger hunt is the ideal way to explore the city! 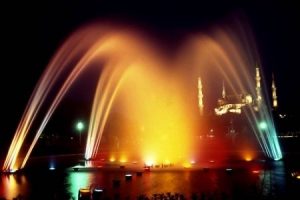 Sultanahmet square also famous as the hippodrome Square is located in the heart of Istanbul. Square is busy around the clock and it is one of the main historical monuments. Besides that, within walking distances there are many famous sites that people can explore. Using a map walk from one location to another. It is ideal for adults as well as kids. 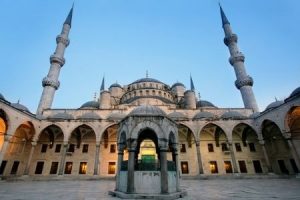 Famous as the most photogenic building in Istanbul, Blue Mosque was the grand project by Sultan Ahmet I. It has a cascade of domes and 6 elegant minarets. Thus, the Blue Mosque got its names because of the blue tiles used in construction of the building and designing its interior. Spacious courtyards are perfect to relax and enjoy the beautiful interior of the mosque. 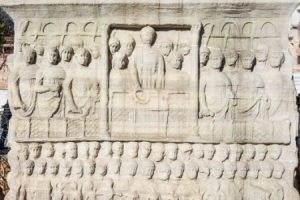 In the Hippodrome, Obelisk is the oldest monument by Constantinople. Emperor Theodosius I erected the building in 390. Besides that, the pink granite stones of Obelisk are 2 millennia old. Obelisk was originally constructed in Egypt but Constantius II took down the monument from its original place and tried to ship it to Constantinople. However, it was left abandoned on the banks of the Nile for years. After that Julian took the mission to assure that Obelisk would reach its destination. 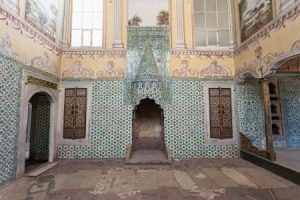 It is a famous attraction in Istanbul. Once it was a famous palace of the Ottoman Empire because Sultans ruled the vast areas from this palace. For over 400 years it was the main residence of 25 sultans. Therefore, the gates, courtyards, chambers, pavilions and premises of the palace are very attractive. 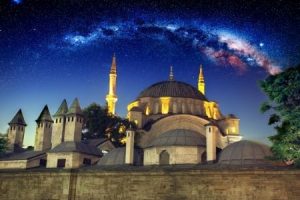 The New Mosque originally known as Valide Sultan Mosque is an Ottoman Imperial Mosque. It is located in the Golden Horn near Galata Bridge’s southern end. Moreover, it is adjacent to bazaar. Mosque has a pyramidal arrangement with 66 domes and semi domes. The 36 meters high main dome is supported by 4 semi domes. It is a historical sight with an attractive interior. 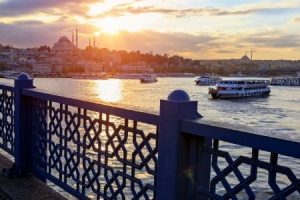 Bridge covers the area of Golden Horn and connects modern Istanbul with the older sections of the neighborhood. Enjoy amazing sights while walking on the bridge. Therefore, this iconic bridge is known as the paragon of architectural beauty and magnificence. It provides the Bosphorus river which is a protected harbor. Besides that, at night enjoy delicious Turkish street foods which are available around the bridge. 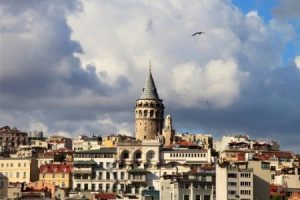 The tower was constructed in the 14th century and famous as a recognizable landmark of Istanbul. For a panoramic view reach the balcony of the tower by using stairs or elevator. It is a very popular location which means it is better to be early if you want to enjoy the view. It is perfect to capture some of the best pictures.

The famous Bank museum is located in the basement of SALT Galata. It is the center of arts where the history of Ottoman empire can be found. All information from their rise to decline in the 19th century is available in the museum. The Bank museum displays the struggle of Ottoman rulers to adopt the modern banking system. It was constructed as a joint venture of Ottoman government, French and British banks.

The Vilayet Mosque is also known as the red and white mosque because it is constructed using the red and white colored tiles. The architecture of the mosque is mesmerizing. The mosque appears to be small in size but the overall appearance is very attractive. It has a single tomb and pillar. It is small as compared to other historical mosques due to which it is known as a small Vilayet Mosque.

The famous tomb is located in the corner of Hamidiye Türbesi St and Hamidiye St. The building of the tomb has a square plan and rounded corners. Using a Baroque style, it’s completely constructed using fine marbles. Tomb was restored before it was opened to the public in 2019. 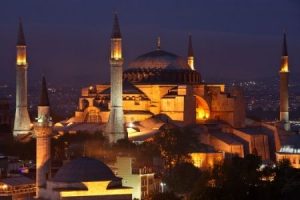 It is the most treasured monument in Istanbul. Hagia Sofia displays the Byzantine era of architectural elegance. The multi faced monument was first the cathedral of Greek orthodoxy after that it was converted into a mosque and now it is a museum. The Exhibition hall of Hagia Sofia has a wide collection of coverings, marble pillars and mosaics.