Oslo scavenger hunt was created to offer you the best way to explore the city. As one of Europe’s fastest-growing cities, Oslo is buzzing with energy from new neighbourhoods and cutting-edge food, to fashion and art scenes. Captivating landmarks are changing the face of the city, and Oslo maintains its refreshing closeness to nature that few other capitals can match. Oslo is surely a must visit city! 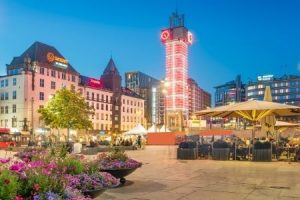 The Central station of Oslo holds major importance for the city because it not only is one of the largest stations in the region, but it also has some historical significance. It is because it was built at the end of the 20th century.

While you are here, you can explore the visitors centre that is only a 1-minute walk away from the station. Exploring things will not stop here because you can also get to try some traditional items and food from the nearby shops. 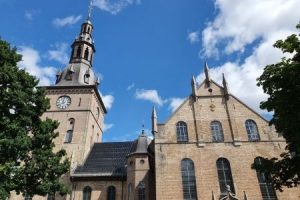 It not only is the main church of Oslo, but it is so well built, ranging to the end of the 17th century, that it is also a popular tourist attraction. If you are lu8cky enough to visit Oslo on some public events, you can also attend them because the Royal family uses the church for hosting the public events. Speaking of the church itself, it is stunning from inside and outside as well.

If you are up for some shopping experience in Oslo, then this will be the best destination. It is because this place not only holds historical value to it, but it is also one of the best markets in Oslo. 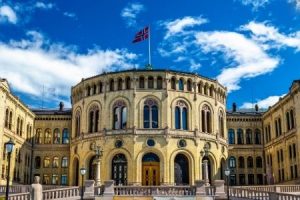 It is a historic building that has been serving as the Norwegian Parliament for a long time. Although it has important political importance for4 the place, it is very rich in its architecture and history as well.

Although the building was made in the early 19thy century, its origins can be traced back to the 9th century days, making it one of a kind building. However, these days you can get a guided tour to explore its internals. 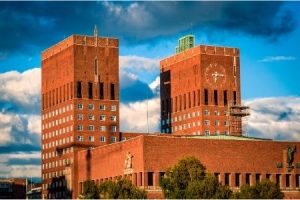 The City Hall in Oslo is one of the greatest landmarks in the city. At the same time, the exterior seems fascinating because of its unique brick structure. The interior is also worth exploring. It is because apart from the building itself, there are some artefacts created by different artists present in the building. 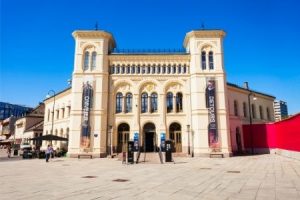 Right next to the city hall square of Oslo city, this building of the Nobel Peace Centre is located. This building provides the best representation of the current architectural values of the place because it was built right at the start of the 21st century.

As this site is located in the heart of the city, this can be the place where you stop and shop for some traditional items from the local vendors. 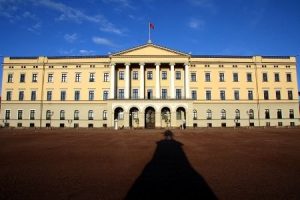 The jaw-dropping views of this site will make you fall in love with the building and the place as well. Although it was built in the 19th century, the building is so well maintained that it provides fresh views.

If you are up for exploring it, you can get the guided tours where you will be able to use the 173 rooms of this building. However, make sure to visit this for exploring it in the summer days because otherwise, internal tours are not allowed. 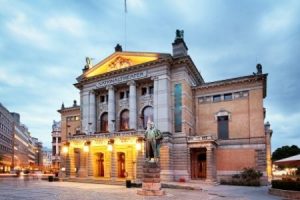 On one side of the Royal Palace is the National Theater of Oslo. This is considered one of the most beautiful sites in Oslo because i9t was built by one of the most famous architects in the 19th century. However, these days the theater is used as a venue for the most prominent performances of dramatic arts for the locals. 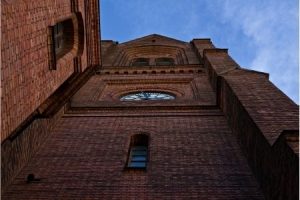 Right behind the Royal Palace, there is this church that was constructed in the late 19th century days. Designed and constructed by a very famous architect of the time makes it one of a kind building that provides stunning views. While the exterior of the church provides a historical touch in the views, the interior of the church is also worth viewing because of the overall decoration and amazing lighting work done here. 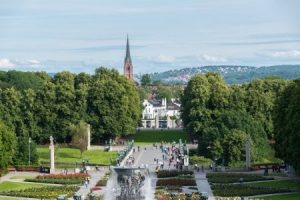 This is the park that has some of the most iconic sculptures in Oslo, and this makes it one of the most famous tourist attractions in the whole of Oslo. Here you cannot only explore the sculptures made from different materials like bronze, iron, and granite. But you can also enjoy the sign of the fountain here.

Apart from this, this park is also rich in greenery, which makes an amazing picnic spot. With everything perfect and unique, this can be the best spot to end your scavenger hunt trip to Oslo.