Athens treasure hunt was created to offer you the best way to explore this ancient city! Athens is the  city with the most glorious history in the world, a city worshipped by gods and people, a magical city.
The enchanting capital of Greece has always been a birthplace for civilization.
It is the city where democracy was born and most of the wise men of ancient times.
The most important civilization of ancient world flourished in Athens and relives through some of the world’s most formidable edifices. 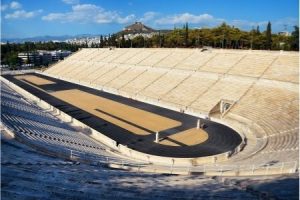 It is a huge Stadium situated in Athens, Greece. It is a multi-purpose Stadium which is used for different occasions. Athens is a place of various interests for many people where different functions and occasions are held regularly. Moreover, this stadium is one of the most used Stadiums in this regard. The special thing about the stadium is that it is entirely made up of marble. 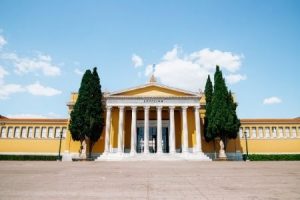 This building is situated next to the invention Gardens of Athens. It is a building of great importance because it is used for various meetings. In addition, the meetings can be all-purpose, including official and general meetings held by the public and people in the government. Official people also use it to discuss official matters related to the matters of Greece.

It is a beautiful church that is used for religious purposes. The people of Athens consider it a very Sacred Heart Church because of its religious and historic importance. Moreover, It is used for Sunday worship and also other religious occasions. It is open to the public all the time. Anyone can seek religious and spiritual awakening in St. Paul’s Anglican Church. 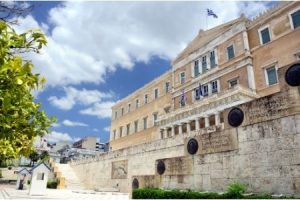 The Greek Parliament is also called as Hellenic Parliament. It is situated inside the Royal Palace, which overlooks the Syntagma Square Within the people of Athens. Moreover, It is a democratic institution of great importance that represents the democratic body of the Members of Parliament that the citizens elect. However, it plays a role as an area of representation for the common citizens who are seeking democratic rights.

It is a tomb which is built in the memory of unknown soldiers. In the war, most of the soldiers were killed whose bodies were not found.  In Addition, some of the bodies did not even recognize, making it difficult to spot every soldier killed in the war. This monument is made in remembrance of the bravery and sacrifice of those soldiers in Athens, Greece.

It is a street present in Athens, Greece, which is one and a half kilometer long. It plays a role as a connection between the Kerameikos archaeological site and the Syntagma Square through the channel of Monastiraki, Psiri, and Thiseio.  In addition, it is a commercial avenue that has been turned into a pedestrian street. 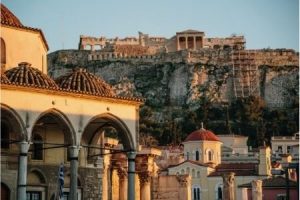 It is an iconic Landmark present in Athens, Greece. There are many ruins Included in this landmark, consisting of a museum and other historically important buildings. It is surrounded by many Markets and streets, making it appealing for the tourists.

It is a neighborhood in Athens, Greece, which provides the feeling of a small vintage village. However, It has old streets which feel like walking on a movie set, including buildings and houses made in old architectural style. Overall, this place is very peaceful and quiet.

It is also one of the famous churches located in Athens, Greece. It was made by the famous architect Christoph Dientzenhofer. The church is made up of the Baroque Style. However, It is one of the oldest Churches present in Athens, Greece making it historically important. It is used for every type of religious occasion and is a secret place for the people of Athens.

It is situated towards the right exit of Acropolis. It is also commonly called as Hill of Ares. However, It has classical importance because it was once used for judicial courts and the noble Council. In addition, It is of great importance to the people of Athens because of the history and architecture it represents. 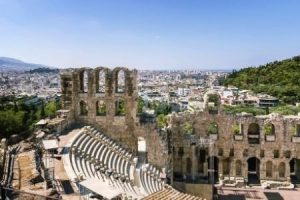 It is a stone theatre structure situated in Athens, Greece. The building was completed in 161 AD. It was also remodelled in 1950, which represents the same shape as it is now. 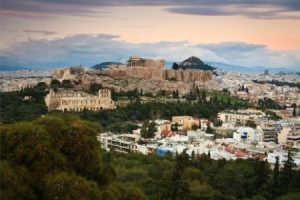 It is an ancient citadel located in Athens, Greece. In addition, It is situated on the Rocky top that is presented above the city of Athens. In addition, there are many strong rocky outgrowths present in Athens; however, the Acropolis is best known among the locals and tourists. 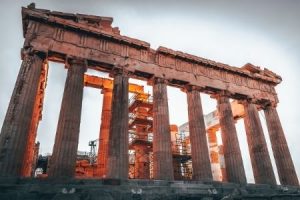 It is the Ancient Temple present in Athens, Greece. In addition, the construction of the temple was started in 447 BC. It is used for religious purposes as well as tourist attractions due to its beauty and history.

It is an archaeological museum that consists of many Archaeological monuments of Greek history. However, the Museum is built to collect every piece of architecture that belongs to Greece, which makes it very unique.