Vienna scavenger hunt was created to offer you the best way to explore one of the most beautiful cities in the world. Austria’s Imperial capital offers a unique blend of imperial traditions and stunning modern architecture.

Mostly Vienna is famous for its cultural events and imperial sights. Also for the coffee houses, cozy wine taverns, and the very special Viennese charm. The city developed from early Celtic and Roman settlements into a Medieval and Baroque city!

Vienna played an essential role as a leading European music center. From the great age of Viennese Classicism through the early part of the 20th century. The historic center of the city is rich in architectural ensembles. Including Baroque castles and gardens!

The late-19th-century Ringstrasse lined with grand buildings, monuments and parks. Vienna scavenger hunt is the ideal way to explore this amazing city!

Museum admission fees: Visits to museums and other attractions of Vienna do not require a ticket. The puzzles are related to
their outdoor areas. Admission is purely your choice. 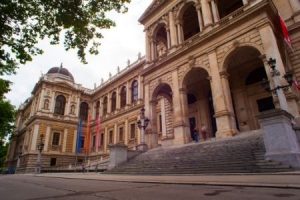 The University of Vienna is in Vienna City, which is present in Austria. Well, it is one of the oldest universities of the Germans that contain a lot of books in the German language related to every subject. It was first founded in 1365 by a German duke whose name was Duke Rudolph IV. It is one of the most precious libraries the people situated in Austria.

In Addition, It is also the building of importance for the people worldwide, which is why it is one of the most populated tourist attractions for the people who have love towards books. Well, You can find a huge collection of German history at the University of Vienna. Every year the total enrollment of students in the library is a huge number. 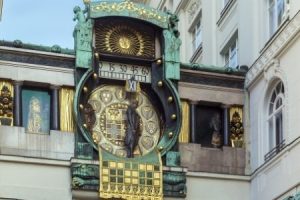 Anker Clock is a Historical Landmark in the Vienna, Austria. It is the historic clock that was made in 1914 to expand Anker Insurance Company’s Headquarters.

Above all, they have built this beautiful art in the form of a clock which is of great importance even now for the people of Austria and all regions. It is both a symbol of art and architecture in German history because it is beautifully made and the oldest monuments present in Vienna, Austria. 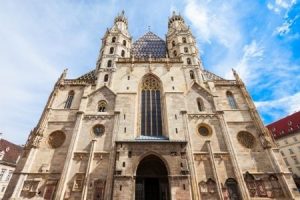 It is considered the seat of the Archbishop of Vienna, Who is named Christoph Cardinal Schönborn, OP. It can be referred to as mother church of Roman Catholic, which is named as Archdiocese of Vienna However, it is the most important generals for the people of Austria due to its architecture and historical importance. 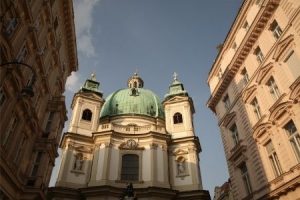 The Peterskirche is a Roman Catholic Church which is situated in Vienna, Austria. It is a Baroque Roman Catholic parish church that is of great importance to the people of Vienna, Austria, and the people of other localities because of its history and traditional importance. However, in the 1970 Archbishop of Vienna, Franz Cardinal König took a great initiative by transferring it to the priests of the Opus Dei. It was enhanced more according to religious practices. 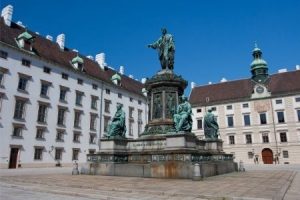 It is the official place of residence and works for the President of Australia. It is of great importance because most of the official work of Austria is held in Hofburg. Well, it was built in the 13th century, making it quite an old building; however, it is of great importance to the Royal families, especially those in government. It is situated in the middle of Vienna, Austria making it easily reachable. 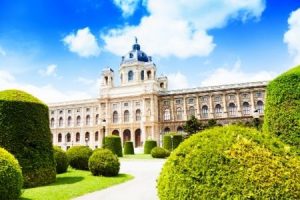 It is the national Museum situated in Vienna, Austria. Well,  it has all the components of the natural history of the whole of Austria, making it of great importance. It is an important national Museum not only in Austria but also worldwide.

So, most of the people are attracted to this Museum due to its access to the natural history of ancient times. In Addition, it is appealing to those people who have an interest in history and culture. It also provides a wider glimpse of nature. 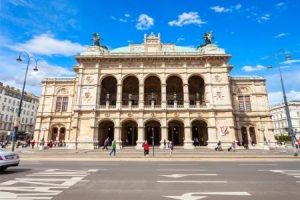 Well, It is a major building for the people of Austria due to its great importance. It was built from 1861 and it took almost 8 years. This is a opera house which is unique and it has its own importance due to history associated with it. 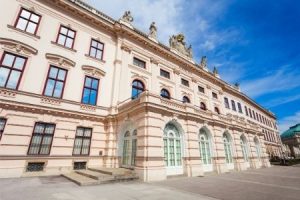 It is also one of the most important Museums situated in Vienna, Austria. It consists of almost 65,000 drawings making it very special for Austria and the entire world.  In Addition, it also has 1 million old master prints. You can get access to modern graphic work. Millions of photographs and architectural drawings make it special and unique at all times. 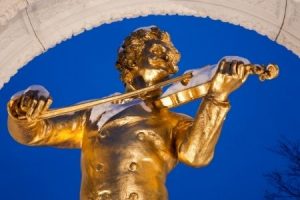 Johann Strauss was a famous musician who is also considered a legend in Austrian culture. People of Austria have great love and relevance to the musician, which is why the musician’s bronze statue is gilded in gold, being a monument for the locals and tourists.