Palma scavenger hunt was created to offer you the best way to explore this amazing city! The city of Palma is a fitting capital, not only of Mallorca, but also of the Balearic islands. Set in the beautiful bay of Palma, famous for its stunning sunsets, the city’s most imposing site is the huge 13th century cathedral. This beautiful building is close to the 10th century Arab baths and is the gateway to the city’s old quarter of narrow winding streets and ornate squares where orange and olive trees give shade to the many charming street cafés.

The game begins at Tren Soller 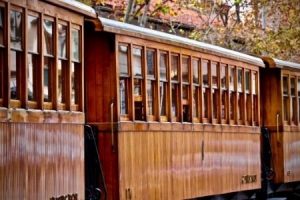 The Ferrocarril de Sóller is a railway which operates the electrified ,yellow  tracks running between the towns of Sóller and Palma on the island of Mallorca and also stops at smaller towns between them. It was firstly constructed by Siemens. The route begins from north of the capital , continues through the mountains and many tunnels and ends to the railway station of Soller. It is a very nice place to start your walk and maybe you can buy a ticket and do one of it’s famous routes! 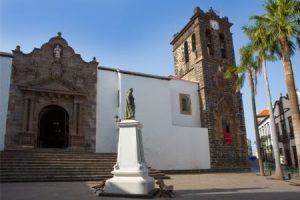 The Plaza de España in the city of Palma de Mallorca, Balearic Islands, Spain, is a public space, the nerve center of communications in the Mallorcan capital, since the Intermodal Station is located there.

Many streets and squares converge on the square: Juan March and Alexandre Rosselló avenues, Parque de las Estaciones and Eusebio Estada street. Where the Palma walls used to be located is the Plaza de la Porta Pintada, which connects with San Miguel and Olmos streets. 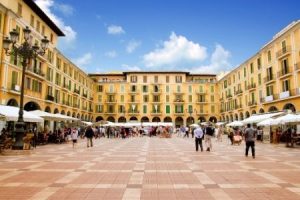 The space occupied by the Plaza Mayor in Palma de Mallorca is that of the old convent of San Felipe Neri and some neighboring houses. Until 1823 the square was the seat of the Inquisition. Once the headquarters of the Inquisition was demolished, it took ten years before the works began on the first wing, which was completed in 1838. 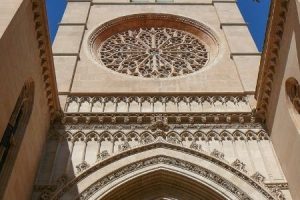 The church of Santa Eulalia is a religious temple of Catholic worship under the invocation of Eulalia de Barcelona in the city of Palma de Mallorca. It has been an Asset of Cultural Interest since 1931. 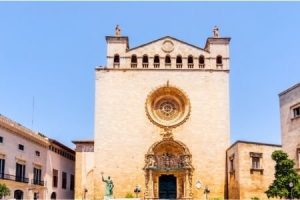 The San Francisco de Palma de Mallorca Convent is a complex made up of the minor basilica of the same name. Construction began at the end of the 13th century. On February 4, 1881, the convent’s Gothic cloister was declared a National Monument. 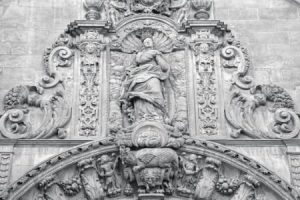 Monti-sion Convent is a Jesuit convent located at Monti-sion Street, no. 22, from the city of Mallorca. In 1561 the Society of Jesus arrived in Mallorca commanded by Jeroni Nadal. The Jesuits occupied what had been the previous headquarters of the first General Study Lul·lià, before it was the site of the Major Synagogue. In 1571 Bartomeu Coch began work on the new church, financed by Ramon de Verí. The great influence of the Jesuits, in the sociocultural world, made them enemies with the royal power. 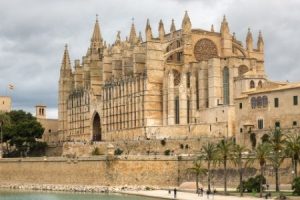 The cathedral is 121 metres long, 40 metres wide and its nave is 44 metres tall. Designed in the Catalan gothic style but with Northern European influences, it was begun by King James I of Aragon in 1229 but only finished in 1601. It sits within the old city of Palma atop the former citadel of the Roman city. Somewhere between the Royal Palace of La Almudaina and the episcopal palace. It also overlooks the Parc de la Mar and the Mediterranean Sea. This is one of the most important things to do while in Palma. A very impressive building that won’t let you down. 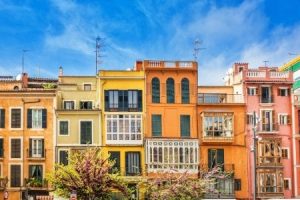 The “Plaça de la Reina”, built in 1863, is located at the end of the Paseo del Borne. It is west of the cathedral in the historic center of the island’s capital, Palma. In the middle of the square is a round fountain surrounded by a flowerbed in honor of Joan Alcover. There are also some ombú trees in the complex that are otherwise only native to South America. Furthermore there is a stand for the coachmen from Palma. It is a very nice square where you can take a break. 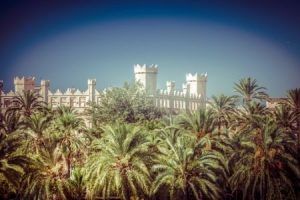 La Lonja de Palma de Mallorca is one of the masterpieces of Gothic architecture in Mallorca. It was built by Guillem Sagrera between 1420 and 1452 and was the headquarters of the College of Merchants. This old fish market is a great place for nice photos! 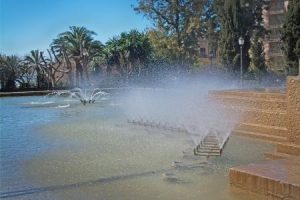 Very Tranquil Quiet Space to have a walk around or sit and Relax, lovely fountains and Monument with lovely detail. Nice to have a break away from the traffic. It is lovely in the summer time, very popular with the locals at the weekend. 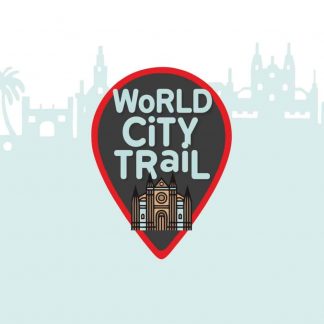